My 5-year-old son had hearing problem since over 2 years.   We had visited at least 5 ENT doctors in well-known hospitals, got tons of tests done and not much help.

Last doctor identified that it was because of Eustachian Tube Dysfunction but his treatment with nasal sprays gave only temporary relief and hearing problems reoccurred within a month.  Hearing problem was severely affecting his learning abilities and speech.

We were totally disappointed and felling helpless.  That’s when we found info about Dr. Kumaresh as the “Best ENT Specialist” in bangalore.  On the first visit we felt we have found the right doctor.  He listened to what we said and explained everything in detail.

He was the first doctor who asked us repeatedly if we had any doubts till we said we are all clear.

He suggested Myringotomy with grommet insertion and also prescribed for a x-ray to rule out Adenoid hypertrophy. He is the most tech savvy doctor we had met, he shared a lots of links/videos about my son’s condition/surgery.

X-ray confirmed that he had Adenoid hypertrophy and that was the reason for his ETD.  He did the surgery and son was back to normal next day.  Since then, son’s hearing is completely normal, and we think he will improve his speech very soon. 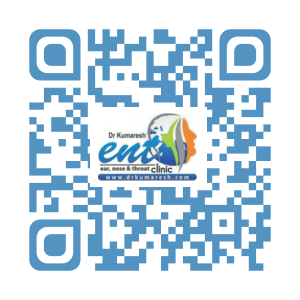