What is Glue ear or OME

Glue ear, also known as otitis media with effusion, is a condition in which fluid builds up in the middle ear. This fluid can cause a feeling of fullness or pressure in the ear, and it can also interfere with hearing. The condition is called “glue ear” because the fluid in the ear can be thick and sticky, like glue. Glue ear usually occurs in young children, but it can develop at any age.

There are a number of factors that can contribute:

What are the symptoms?

Dulled hearing: hearing loss is often mild and varies according to the thickness of the fluid. You may find that your child turns the TV or radio up loud, or often says ‘what’ when you talk to them. Babies may appear less responsive to normal sounds.

Pain This is not usually a main symptom, but mild earache may occur from time to time. The gluey fluid is a good food for bacteria (germs), and ear infections are more common in children with glue ear.

A feeling of fullness or pressure in the ear and in some there will be ringing noise in the ears; both are due to the accumulated fluid in the middle ear.

Various medicines like antihistamines, decongestants, antibiotics, and medicines to ‘thin’ mucus can be given to reduce inflammation and improve eustachian tube function.

A small operation may be advised if glue ear persists or is severe. This involves making a tiny cut (about 2-3mm) and a grommet (ventilation tube) is then usually inserted. The grommet lets air to get into the middle ear. Hearing improves immediately. Grommets normally fall out of the ear after 6-12 months. The hole in the eardrum made for the grommet normally heals quickly when the grommet falls out. In some cases, the adenoids are also taken out to improve the drainage of the Eustachian tube. 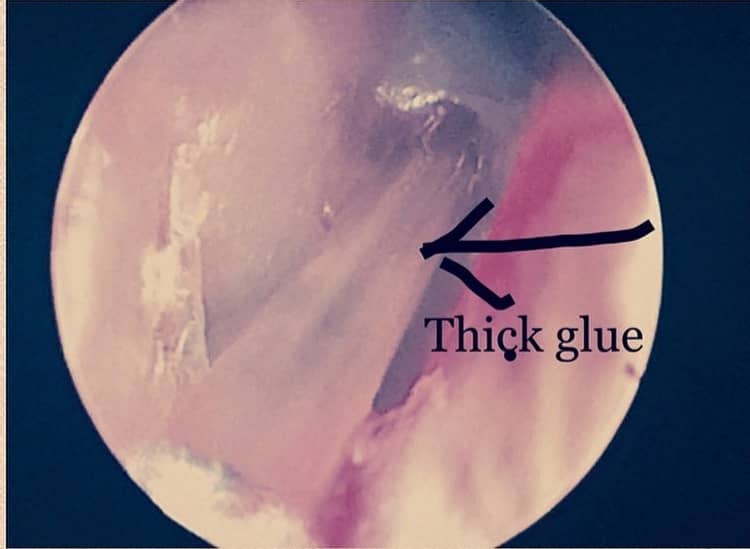 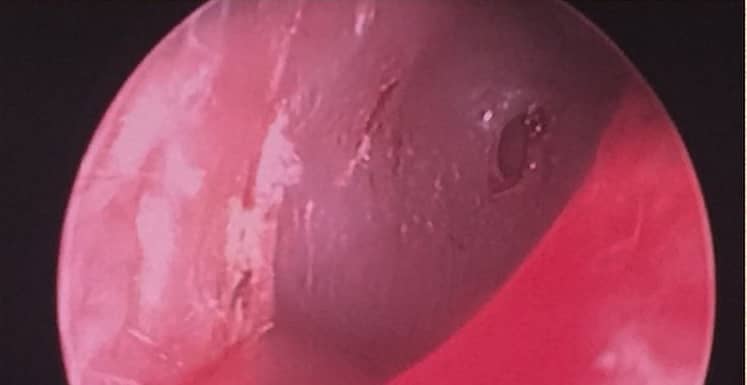