Otitis Media – Why Does My Child Complain of Ear Pain at Night?

Acute Pain causing extreme discomfort to the Child will happen because of many reasons, one of the commonest of these is Otitis media which is a buildup of fluid in the middle ear, the space between the eardrum and the inner ear. The middle ear is usually filled with air. Sometimes it gets filled with fluid or mucus, for example during a cold.

Acute otitis media often causes symptoms to be more severe at night, as the position of the head while lying down may cause pressure changes in the middle ear that increase pain.

Babies with ear infections will be hot and irritable. They cannot point to the source of discomfort so it can be hard to tell what is wrong with a baby, but an ear infection is one possibility to consider if your baby is unsettled in this way.

Around 80% of cases of acute otitis media clear up within three days.

Pain killing drugs like paracetamol or ibuprofen may be used to control the symptoms of otitis media (pain and fever).

Nose drops containing decongestants may be used to reduce the swelling of the mucous membranes in the nose and back of the throat. In theory, this will help to keep the Eustachian tubes clear and allow mucus to drain from the middle ear. 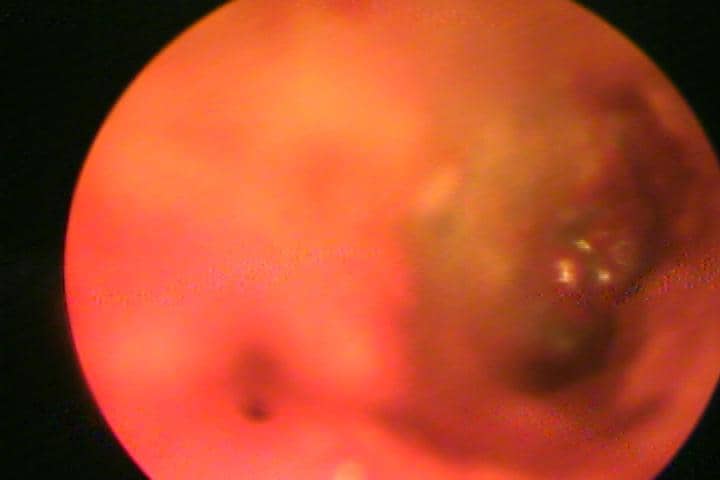